I do not climb to fall
Or to hunt the deer, which fall
From my skill and luck; I go
So houses won’t crush me.
A blunt friend splinting a hurt
He has done to my pride, I think
Of my father dead six days
Before I had planned to take time
For a visit, and slip to the dream:
My brother and I and our wives
In the dance of the living room fire,
My father pacing the fields.
“Are you lonely, Dad?” “Yes,
I’m pretty lonesome.”
Clutching
At ferns which cut my hands,
Catching at stones that tumble,
I fall as well as I can,
Hoping someway the hurt can be splinted.

Ralph Salisbury (January 24, 1926 – October 9, 2017) was an American poet of Cherokee, Shawnee, Irish and English heritage. His poem “In the Children’s Museum in Nashville” was published in The New Yorker in 1960, making him one of the first Native American poets to receive national attention. He joined the U.S. Air Force at the age of 17 and served in World War II. He attended university on the GI Bill and transferred to the University of Iowa to study under Robert Lowell, where he earned his MFA. Salisbury published 11 books of poetry, three books of short fiction, and a prize-winning memoir. His autobiography So Far So Good won the 2012 River Teeth Literary Nonfiction Prize. His book Light from a Bullet Hole: Poems New and Selected was nominated for the Pulitzer Prize. His poems were featured in the pages of december in Vol. 4 (1963), Vol. 7 (1965), and Vol. 24 (2013, the Revival Issue). 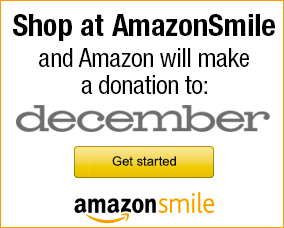