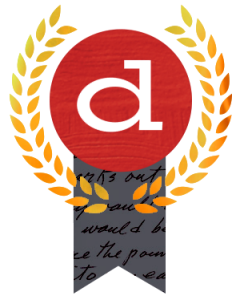 december created the Jeff Marks Memorial Poetry Prize and the Curt Johnson Prose Awards to recognize and honor the roles played by Jeff Marks and Curt Johnson in establishing this magazine’s aesthetic, which endures today.

Curt Johnson edited december magazine and produced more than 30 books under the December Press imprint from 1962 until 2008 out of his house in the Chicago suburbs. He filled the magazine with the work of writers and artists he knew and those he’d never met, concentrating on work he felt deserved, even needed, to be heard. He might have chafed for a moment at the thought of an award named after him, at least until he saw the process – the reading blindly (no cover letters or author information), the meticulous judges, the sheer variety among entries, and the whoops of joy among the winners.

With all of december’s contest entries, Johnson would have been impressed by the effort undertaken by so many writers at different stages of their careers, and he would undoubtedly have found a way to give them all a boost.

As Johnson’s daughter, Paula, once recalled: “One of my last times at Dad’s house, we were sitting at his dining table as usual, talking, and the doorbell rang. A guy came in with some doughnuts and coffee, to share with Curt his latest chapter of a book he hoped to get published. I can’t say it was very well done, but Curt engaged with it and the man, and gave him some reasons to keep working on it. That amounted to encouragement.”

Sherwin Jeffrey (S.J.) Marks was involved in december from its inception in 1958, when he was a grad student at the Iowa Writers’ Workshop, and he was the only one of the founders to remain involved through its early years. When Marks graduated from Iowa and took a “day job” with the U.S. Postal Service in Chicago, he took the magazine with him. For four years and six issues, Marks oversaw december, publishing an astonishing array of poetry. He included some established poets, such as James Wright, William Stafford, and Donald Hall, along with the first or very early work of poets who went on to have monumental careers, including Philip Levine, Donald Justice, Charles Wright, Robert Mezey, Vern Rutsala, and Henri Coulette. In addition, he published the early work of current december advisory editors Stephen Berg, Marvin Bell, and Marge Piercy.

Looking at the hundreds of poems Marks printed between 1958 and 1962, it’s evident that he wasn’t stuck on any particular doctrine or dogma. The poems in those issues vary from formal to experimental, sometimes driven by form or language, other times by content. Always, they were excellent.

Marks was more than an editor and arbiter of talent – he was a gifted poet in his own right, and continued writing his own poetry after he moved to Philadelphia and became a clinical therapist. The New Yorker ran four of his poems between 1968 and 1975, and he published three books before he died in 1991, when he was just 56.

The aesthetic that Marks built for december remains our aesthetic in our modern era – an ethos which disdains formula, popular trends, dogma, and arbitrary protocol. december will continue to publish poetry that pursues truths, searches for meaning, explores language, and pushes boundaries, all while engaging and even entertaining its readers.